Reasons to Invest in a MPPT Solar Charge Controller

A maximum power point tracket, or MPPT is an electronic device that converts higher direct current to lower direct current, necessary to charge batteries. In more technical terms, they optimise the match between the PV panels and the utility grid or battery bank. You’ll also see them called “power point trackers” for short, but they aren’t to be confused with PANEL trackers, the purpose of which is to track the sun.

So how do they do the “optimising”? Well, solar cells absorb a lot of energy from the sun, which is cool, however, they aren’t the sharpest tool in the shed, which is unfortunate. The same applies for the batteries, in fact, they’re duller even than the solar cells. Most cells are capable of putting out 12V, even though they’re designed to put out slightly more, typically 16 to 18V. 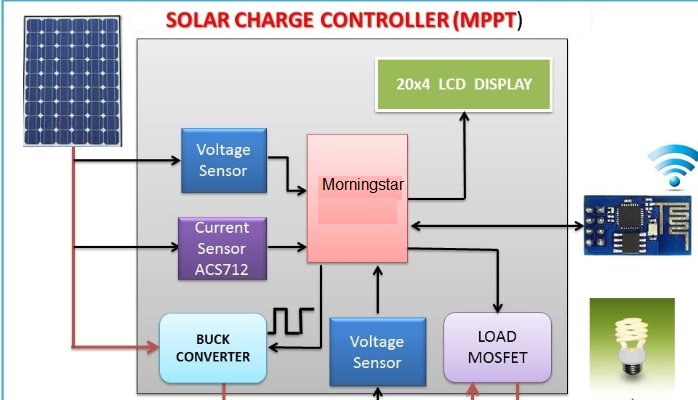 And this is where an MPPT solar charge controller comes into play. These electronic tracking devices (which are usually digital) take a look at the output of the panel, and compare it to the battery voltage. Then, it automatically figures out the ideal amount of power the panel can produce to charge the battery. After it figures it all out, it converts it to the best voltage to get the maximum amount of amps into the battery. A modern MPPT solar charge controller ensures efficiency levels of over 90%.

In the light of that fact, you get 20 to 40% more power in winter, and 10 to 15% more power in summer. The actual gain varies depending on the weather, battery state of charge, temperature and numerous other factors. And as on-grid systems are increasing in popularity, the price of solar energy drops and the price of electricity increases, these devices can save you a lot of money in the long run.

But how does it all work? Well it’s rather simple actually – it takes the direct current input from the panels, changes it to high frequency alternating current, then converts it back to the ideal direct current that exactly matches the panels to the batteries. However, these devices operate at high audio frequencies, which can be problematic and cause some TV and radio interference. And this is why noise suppression and isolation is important.

Newer models are microprocessor controlled, and are also known as smart power trackers. They adjust the output being sent to the battery on their own, and are capable of shutting down automatically for a few moments to “take a look” at the battery and panels and make any necessary adjustments. Although this concept isn’t really new, microprocessors weren’t affordable to be put into practice.