Reasons to migrate to Australia 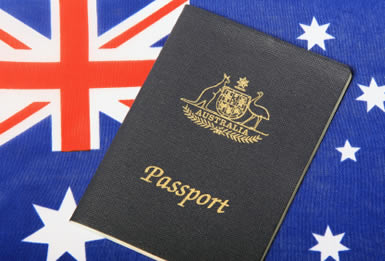 You just celebrated your doctoral degree and are already thinking of going abroad. It is not that you do not love your mother-country, but know it will be hard to find a company which will truly appreciate your work and knowledge. Moreover, in this turbulent economy with high unemployment rate, you are very much aware that it might take even years to start working in your field of expertise. You just want to make a successful career in a country where your true potential can come to light and your work acclaimed. But where? Well, how about immigrating to Australia.

Australia is a relatively new country but has been a great success story in the last 20-plus years. Apart from a wonderful climate many are drawn to, Australia is considered to be an ideal country because of its excellent educational system, low taxes, and unemployment rate and probably the best health care system in the world. There are many reasons why migrating to Australia has become popular among many worldwide and here we’ll elaborate on few major ones.

Australia probably has some of the warmest weather in the world that many crave. Mild winters and long hot summers does sound appealing, doesn’t it? This is due to a small contrast in temperatures between summer and winter seasons. In addition, distinctive and diverse nature, unique and interesting wildlife and breath-taking landscapes portfolio are just few of the characteristics Australia is known for. More than just home to Tasmanian devils, dingoes, kangaroos and koalas, Australia’s beautiful scenery will for sure leave you speechless.

Australia is a country of immigrants. Ever since the end of World War II, when Australia’s population was about 7 million of which 90% were born in Australia, people are migrating to Australia contributing to the expansion of its economy and adding ‘flavor’ to its multicultural society. Nowadays, Australia’s population is so multicultural that one in four Australians are born overseas, which is another reason many think of immigrating to Australia. Come, join the club and become an Aussie.

It is hard not to mention Australia’s growing economy and low unemployment rate. With many job positions available, there is very little chance or almost none that you will be jobless. In need of educated, professional staff and skilled labor, Australia is truly a land of numerous opportunities. If you are hard-working, ambitious and positive, migrating to Australia might bring you more than just a high-paid job – a long, successful career.

Australians praise on the high quality of life they have been blessed with. And for so many this is the top reason to move to Australia. They have excellent educational system and affordable housing cost which encourages the trend of becoming homeowner. In addition, their impeccable health care system is something most of people can only dream about. Low taxes, high job opportunities, highest minimum wages and beautiful climate are just few of the reasons many are immigrating to Australia.