Reasons to Invest in Dump Pipes

A lot of gearheads pay close attention to what’s going on beneath the hood of their cars, but they seldom pay attention to what’s happening underneath the car itself. In other words, they oftentimes neglect their exhaust system. That’s such a shame, as the exhaust system hugely impacts performance. Not only performance, but also fuel economy and sound. With that being said, in this article we’ll talk about performance exhausts, dump pipes and the reasons to invest in them, if you’re looking to get the maximum performance out of your car.

First and foremost, performance exhaust systems are typically made of aluminized and stainless steel. The reason being, is that these types of metals aren’t as susceptible to heat, rust, and corrosion. Next, performance exhaust systems have special pipes, like dump pipes which provide an exceptional power boost for cars with turbo or forced induction. In order to make the benefits of dump pipes more evident, I’ll briefly explain what happens in the turbo process, and how they improve it. 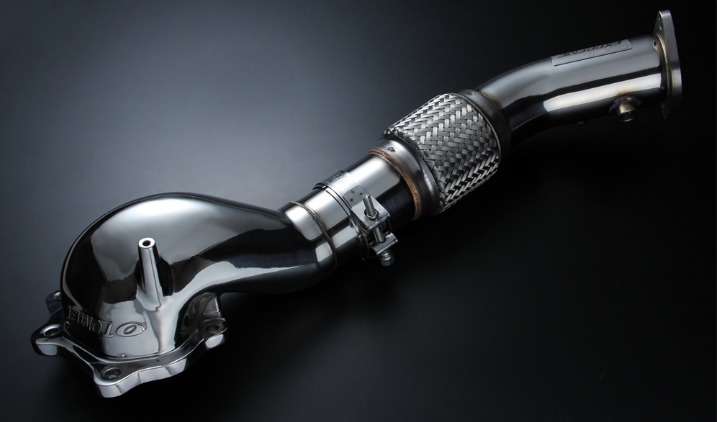 When the turbo driven engine has it’s throttle shut, there’s a high pressure build up, as there’s a lot of air waiting to come out of the turbo. When the throttle gets pulled up, it’s like putting a plug in the sink – all the flow will be stopped, and there will be a build up of water, causing a mess. So, in order to prevent a mess (build up and restriction of air flow), dump pipes allow the turbo to spin faster and breathe more easily allowing more power out.

Simply put, if the engine isn’t burning fuel, it’s not using oxygen. This leads to the turbo being under a lot of pressure, which causes the pipes and the turbo itself to get damaged, because the pressure can split them as it attempts to leave, but cannot, and is forced back through the turbo. Typically, this is the reason for cluttering noises known as compressor surges. These surges are usually what causes the turbine spinning in the opposite direction from which it’s intended to, and causes a strain on the bearings.

Moreover, dump pipes are usually fitted onto the waste-gate and their primary function is to help exhaust systems breathe easier when the turbo is at its full potential. Dump pipes also make your engine louder and are attached onto the exhaust pipe system right before the catalytic converter. Quality dump pipes are made with a clever design in order to keep the turbo spinning as long as possible and to prevent turbo lag.