Reasons Why Your Child Should Learn To Play An Instrument

It doesn’t matter if you’re talking about the food we give them, the clothes we buy them, or just a few simple luxuries, we all want what’s best for our children. From the moment they come into the world, to the moment they decide to assert their independence and go off on their own, we try to provide for them as best as we can, while giving them the necessary skills and knowledge that might prove the most advantageous later on in their lives. But be that as it may, most people while paying close attention to the education they get at their kindergarten, or their school, completely overlook the promising perks that the child could be able to receive from a musical education as well. 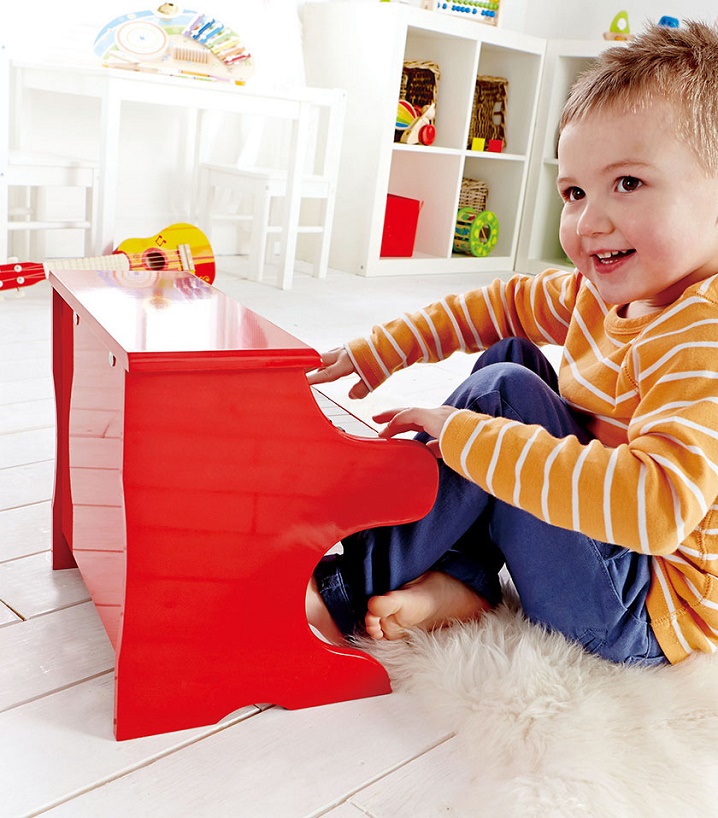 In fact, there are many reasons why you shouldn’t wait long, but rather buy your child a toddler wooden piano, since it could easily get your child interested in music from a much younger age, and from there he could develop his tastes which would help make things easier for him if he does try to get into the musical field later on in his life.

The most promising advantages of picking up an instrument for your child would have to be the help they provide with developing dexterity and certain parts of the brain quicker. Listening to good music in itself has been known to have its own benefits for most children, but actually learning to play an instrument stimulates the parts of his mind associated with memory, and improves it, not to mention how much it develops his hand eye coordination, and finger movements. If the children in question are just starting school, then the practice they have had regarding working their fingers on the keys of a piano would give them a significant advantage over a lot of their classmates, most of which are just then learning how to grasp a pencil properly.

A little later on, if your child has been taught to start playing using music sheets, he will have little to no problem when it comes to reading sentences, since if he is already capable of comprehending the symbols on the sheet, it should be even easier for him/her to be able to understand the letters and words he/she is seeing on the page.

Additionally, if the musical education is done in a setting with other children, then it not only improves their social skills, but can also help them develop a sense of camaraderie, nurture self expression, and can help them develop a healthy competitive spirit with their peers, and promote the importance of individuality.

The question was never if allowing your child to play an instrument would help them in the long run, but rather why should you get a toddler wooden piano over a flute, or toy trumpet. Well, for one, the piano is much more likely to help develop the above mentioned skills from an earlier age, and for another, seeing as how children don’t exactly need any help to make noise with their mouths, the piano would be a good way to give your child’s vocal chords a rest (as well as your ears), (chuckles).