Fireproof is a popular Christian-inspired drama released in 2008. The story of the movie is based on the book “The Love Dare”, written by the director of Fireproof, Alex Kendrick and his brother Stephen Kendrick.

Fireproof depicts the story of two young people Caleb (Krik Cameron) and Catherine (Erin Bethea) who, after being married for seven years, are going through a crisis and even start questioning the meaning of their marriage. They come to the point of not being able to save their marriage and it is only a matter of time when everything will fall apart. 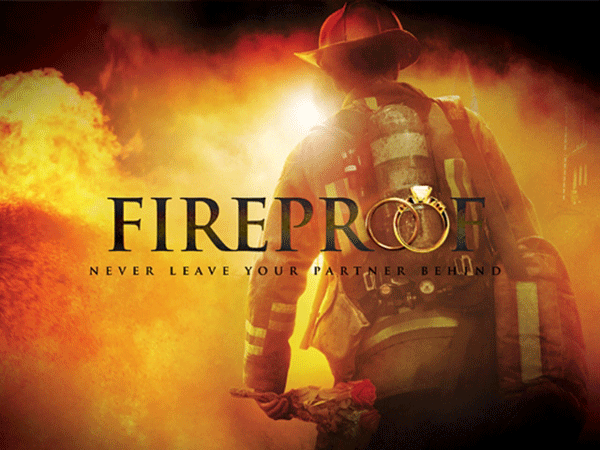 As the couple is preparing to dissolve the troubled marriage officially, Caleb’s father John (Harris Malcolm) challenges his son to take the forty day challenge that he calls The Love Dare. He gives his son the book Love Dare which is consisted of forty challenges enriched with citations by the Bible. The aim of the book is to teach about what really love is about. By learning the main principles of love from the book, the forty challenges encourage Caleb to take actions which help him and his wife to find true intimacy and to take their marriage and relationship to a higher level of closeness.

Fireproof is drama worth watching. It is an inspirational story that will make you think about the real value of your marriage and will teach you what love really is about and why your marriage is worth fighting for.